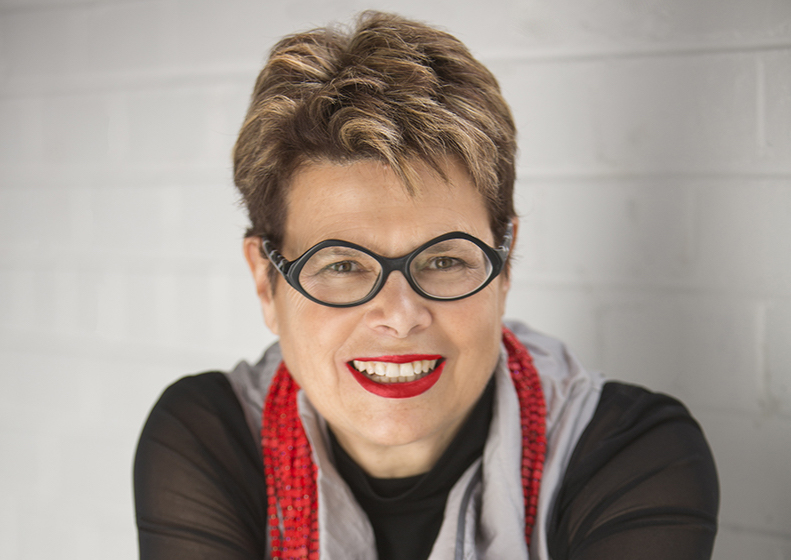 In December 2008 my family went holidaying to Cradle Mountain, Tasmania. One day we discovered a disused walking track and decided to be adventurous. It was an undulating route as we clambered up steep rocks before lowering ourselves into gullies. It started raining. All of a sudden I slipped, fell into a gully, and broke my arm.

Four months later I was diagnosed with multiple myeloma, cancer of the bone marrow. It was a disease I had never heard of. On that intense day of diagnosis at Peter MacCallum I was told the disease was both rampant throughout my body, and incurable. In fact, it was so severe I qualified for two clinical drug trials. I would require intense treatment for the next year and most likely, medication for the rest of my life.

My first thoughts were for my five children. Leah, the youngest, was only 9 and in primary school, Daniel at 17 had just commenced year 12. Would I be around to look after them? Would I see them all finish school? How would I parent during this time of intense crisis?

On that overwhelming day I was also told I urgently needed surgery to stabilise my femur and hip. Like my broken arm, both were eggshell thin and on the cusp of shattering. The surgery would be followed by a course of radiotherapy, then a long program of chemotherapy involving several inpatient admissions and a bone marrow transplant. I remember how I kept pinching myself that day. Please let me wake up in my bed. Let this be a nightmare. I’m actually healthy. I go to gym every day. But the thought of whether I’d even be alive in three months kept flickering through my brain.

Late that same afternoon, in a fog of utter confusion, I was told by a myeloma research nurse that ‘in the last few years money has been directed into research about myeloma and patients are doing better now than ever before.’ I repeated her words to myself. Perhaps my life wasn’t over.

I had surgery and a rod was fitted into my femur and a screw into my hip. After six days in hospital I returned home on crutches and a friend brought us dinner. Casually, she mentioned that meals had been organised for the family for the next few weeks and that I’d find the list in my emails. I hobbled to my computer and discovered The Jones Family Food Roster.

For the rest of that year the women of my community brought dinner. Many of these women worked full time, had their own children to organise, dinners to make and rosters to run. Yet they still found time to feed the seven of us. Women I barely knew brought us meals. My friend who organised the roster kept apologising to those who couldn’t find a place, promising they’d get preference the next month.

As the meals were delivered to us, and I spent a few minutes chatting to the women who brought them, somehow my anxiety about treatment and fear for the future dissolved. Sharing my concerns helped me deal with them and I appreciated that communities are transformative—changing lives and improving health and wellbeing outcomes.

After surgery I had radiotherapy for two weeks and then began an intense program of chemotherapy, first as an outpatient for four months then several admissions as an inpatient, including a stem cell transplant. Today, over ten years since I was first diagnosed, I have a blood test every month and see my doctor every three months, when I’m admitted for treatment.

I had always been terrified of getting cancer—there is something sinister about the way it lurks before presenting itself. Now, I had it. My greatest fear had been realised. Yet, almost from the first week—after the ‘why me?’ and ‘it’s not fair’ had run its course—I knew I had to turn the cancer on its head. To be able to accept it, I had to make it work for me. I vowed that I would do more, not less with my life. And somehow, having cancer gave me the confidence to take risks and do new things. After all, what did I have to lose?

I’ve written a memoir—The Jones Family Food Roster—which I would never have done had I not been diagnosed. I finish the book where I started it—at Cradle Mountain almost four years after I broke my arm. I’m hiking the six day Overland Track with my daughter Leah, doing more now with my life, not less.

I never wanted to be defined by cancer and even when I was an inpatient, got dressed every day. Depending on the treatment, whenever I could I disappeared out of the ward and across the road to stroll in the beautiful Fitzroy Gardens. Right from the start, I realised I needed to take the power away from the cancer. It was not running my life. I was running my life.

Without a doubt, the diagnosis of a serious illness clarified my priorities in life. But it also changed me in subtle ways. It showed me how narrowly I’d defined myself. I was a Maths teacher. How could I write a book? Clearly these skills are not mutually exclusive, but they were for me.

Having multiple myeloma was the start of a domino effect of experiences— nothing directly related to the cancer, but events that occurred because of it. These random incidents made me realise I had built a concrete wall around myself and adopted a fixed mindset. I had limited myself in a way that, as a parent, I would never allow my children to. Weirdly, cancer has enabled me adopt a growth mindset and shatter those walls. Now I’m prepared to attempt new challenges. Failure doesn’t frighten me anymore and I have the confidence to embrace opportunities without fear.

The disease also showed me the importance of enjoying the small, everyday things. Before my diagnosis I used to find the relentless after-school rosters and cooking of endless meals for five children tedious. But when I was in hospital I pined to drive the children to their sports training, or collect them from school, or read them picture books at night. These daily activities were so routine I took them for granted. But when I was unable to step outside the hospital ward, they were all I wanted to do.

Of course, not everyone responds to treatment like I have. But it is only through cancer research that more people will have positive outcomes from their therapy and more lives will be saved. I am alive today because of cancer research. I’m planning to raise one million dollars for the Peter MacCallum Foundation and all author royalties from my book are being donated to Peter Mac for research into all cancers.

To date, I have raised over $250,000 through direct donations and gift certificates—a donation in lieu of a traditional gift. I want to raise this money so that other terrified patients, sitting in that chair as the word cancer slices through them for the first time, can hear the words I heard about improved outcomes as a result of research. And be given hope, just as I was.