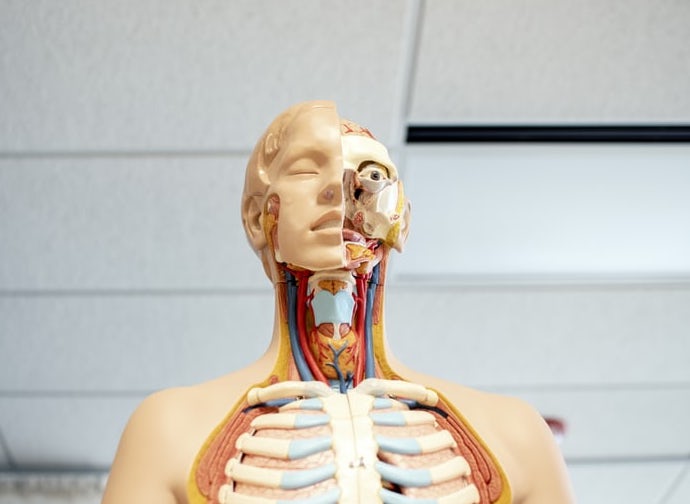 Subconsciously, we listen to our bodies every day; we stop eating when we feel full, we slow down if we run too fast, we sleep when we’re tired. We’re used to how bodies feel and what they tell us. But when something unexpected doesn’t feel right, we often ignore it or simply hope that it will pass.

Diana was diagnosed at 25 years old with non-Hodgkin lymphoma, and her diagnosis was a confirmation of her gut feeling that she had cancer. She says, “I had a strong suspicion that I had cancer and my instincts were correct.” Walking out of the doctor’s surgery, feeling inevitably scared, overwhelmed and dreading telling her parents, instead of rushing in to it, she again listened to her own feelings, taking some time to prepare herself before making the call, undoubtedly making her difficult conversation a more thoughtful one.

Validation, the feeling Diana had at diagnosis, is a surprisingly common feeling amongst cancer patients who frequently have to live with long periods of uncertainty. Often told to be strong, be brave or stay positive, validation of their real fears and anxieties are unsympathetically pushed aside.

But recognition of physical symptoms and emotional feelings, allows a patient to have clarity and empowers them to take some control over their situation, a key ingredient that psychologists have established has a positive effect on cancer patients’ survival.

Diana’s body had been telling her that something wasn’t right, a fact which proved to be correct. A further example of Diana’s deep understanding of herself was her choice of deciding how and when she wanted to deliver the news of her illness to her parents so as to be the best prepared.

A new found clarity about life and one’s decisions is another feeling cancer patients often experience. The focus that being diagnosed with a life-altering disease gives, helps shape thoughts and feelings about others and ourselves, feelings we might otherwise have ignored.

In Diana’s case, her own diagnosis proved a catalyst to her future career, highlighting her desire to go into healthcare and specifically cancer and haematology nursing.

“I feel like I’m making a difference, it’s very rewarding,” Diana says about her career. Even though she’s still unable to work full time because of fatigue from her illness, Diana’s not only recognising the positive effects of being happy at work give her, but that she’s contributing to positive experiences for her patients.

Because Diana has been a cancer patient herself, her awareness of both the physical and mental effects of cancer is heightened. In a similar way that a physiotherapist who has an interest in running is well suited to treat a runner, Diana’s non-Hodgkin lymphoma helps her in her specialism of oncology and haematology nursing, enabling her to bring an extra dimension of understanding to her patients.

The CancerAid app is a digital way that enables patients to ‘listen’ to and understand their bodies during treatment. Through recording their, sometimes seemingly random symptoms, patterns may emerge, side effects may become clear and a better overall picture is established of a patient’s symptoms. The app helps carers and physicians tap into what’s happening to a patient physically, in a way that saying; “I have this odd pain,” simply can’t help.

Even patients with a high self-awareness like Diana, benefit from the app. As Diana says, “The CancerAid app would have made me more aware of my side effects and how I was feeling, making me better at reporting these to my doctor.”

As Diana understands, and puts into practice every day, nobody understands as well as someone who’s been there themselves. For Diana, a major source of support was a lymphoma Facebook group, and other young people who had cancer. Feelings of isolation and ‘being different’ are very prevalent in cancer patients, particularly in younger age groups, so support through social networks is vital, another role that CancerAid can play in a patient’s cancer journey through their social community.

Becoming closer to family members is something that often happens as a person goes through cancer treatment. Expressing fear, worry and pain can be incredibly hard for people but keeping negative ‘hard to deal with’ feelings buried, can be a sign of poor emotional intelligence. And receiving positive validation from loved ones, allows a patient recognition of those feelings.

Of course, there are people who have a great deal less awareness of what they’re expressing. High on Diana’s list of what not to say to someone with cancer are “Get well soon!” or “My cousin had cancer and she died.” And another favourite, “This guy got rid of his cancer by eating apricot kernels, you should try it.”

So, although we might think we’re hard wired to put a brave face on, or ignore the niggle that won’t go away, allowing yourself to listen to your body really does help you physically and psychologically. And in Diana’s case, her experience of doing just that, is helping other people too.